AV systems will shape the future of the judicial process 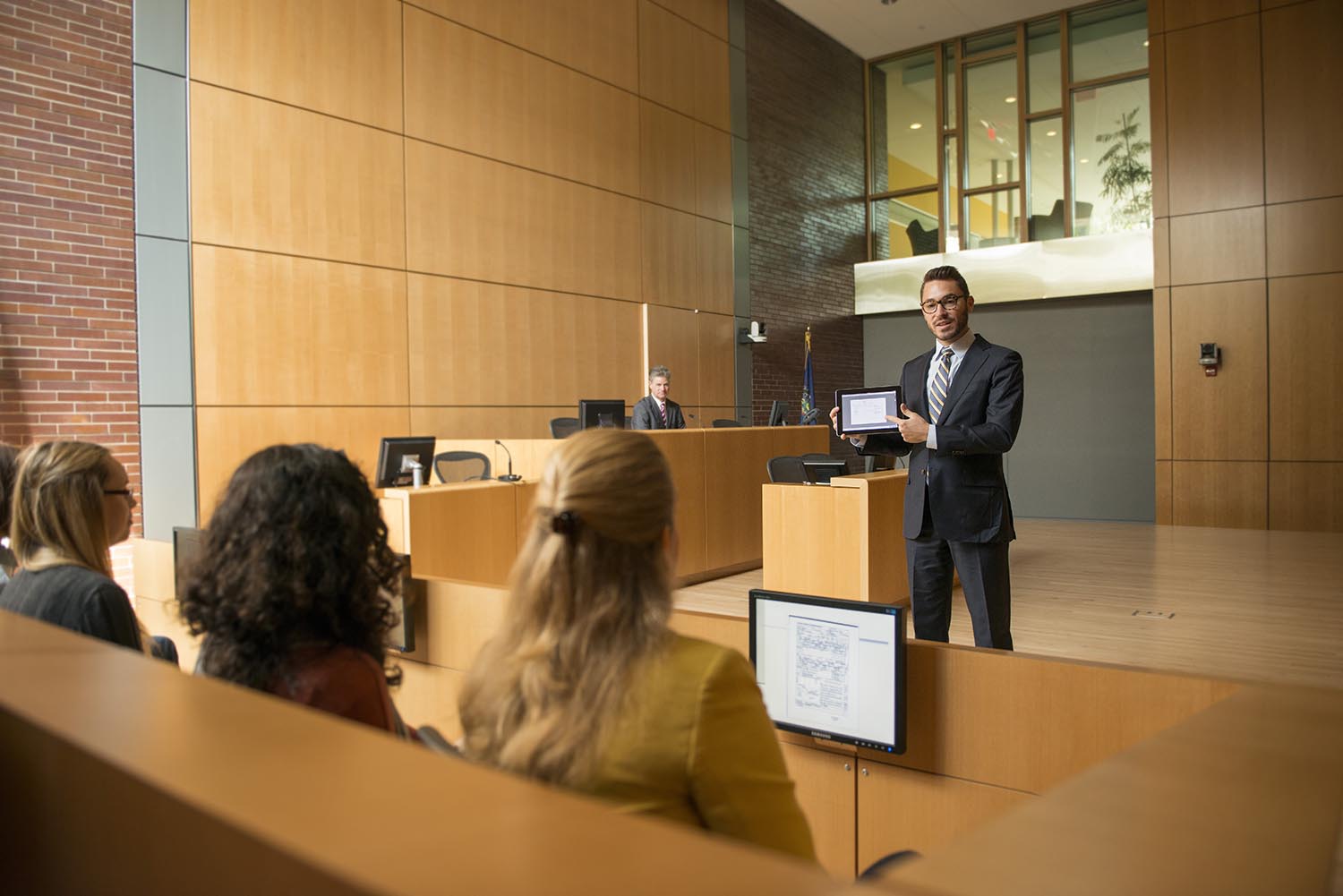 Today’s courtrooms are facing unprecedented technological demands, unlike anything that their predecessors faced in the 19th and 20th centuries.

Extron Electronics has outlined the needs of the ever evolving judicial facility and specifically the courtroom of the near future. Municipal budgets will be strategically focused on infrastructure and transportation efficiency in the coming years, leaving court facilities expansion on the back burner. Some states budget money for courts  regardless of the health of the state’s economy, but many don’t. AV technology will have to step in to make existing facilities more efficient, by being able to service more people, complete the judiciary process in a faster, more efficient manner and catalog information quickly and easily directly from the courtroom.

Extron’s assessment of room needs for the near future courtroom includes:

The judge and clerk are responsible for managing the courtroom. They both need touch panel displays with video confidence feedback to control and manage content throughout the proceedings. The clerk may be required to display recorded evidence from his or her workstation PC. Either the judge or the clerk may restrict viewing of the evidence to the jury and audience, by muting the video signal to specific displays.

Displays are required for the jury box, such as found in a federal bankruptcy court, so that each juror may have an unobstructed view of the evidence being presented or of testimony from a remote witness. The prosecution and defense tables have two monitors each: one for displaying evidence and the other for viewing information from the videoconference system. A projection system may also be used to display information.

Laptops, PCs, paper documents, and video presentations are the primary content used to introduce and show evidence to the judge and/or jury. Electronic evidence is submitted through a central evidence center, and may require annotation or markup to highlight specific details. A touchpad and keyboard for annotating evidence is provided at the lectern, the defense table, and the prosecution table. Different annotation colors are used at each location.

A fiber optic infrastructure and switching system is used for the distribution of all video signals. The use of a fiber optic infrastructure “future-proofs” the system, ensuring future video resolutions and rates are supported. In a larger courthouse, switching systems for multiple courtrooms can be consolidated into a central equipment room to simplify cabling and reduce costs.

A case in point: AV implementation can reduce costs in more ways than you could imagine.

In the name of judicial transparency, many trials are now being broadcast. This requires the creation of multiple video camera positions in the courtroom, plus microphone installations for judges, witnesses, legal counsel and even jury members.

As well as cameras, video and computer information is increasingly being used in legal proceedings. This compels courtrooms to be equipped with high-resolution video monitors, multimedia sources and servers, and to have access to the Internet for bringing in evidence from remote sites.

These Internet connections are also being tasked for video arraignments, where suspects are interviewed by videoconferencing links from their jail cells, rather than being transported to and from court. In addition, these connections support remote translation services for suspects and witnesses who do not speak English. This ensures that they have the chance to understand the trial proceedings and testify in their native languages, without the cost of a translator being brought into court.

Kevin Sandler is the CEO and founder of ExhibitOne, a Phoenix-based AV engineering firm that has done nearly 2,300 AV installations nationwide during its 18 years in business. Its courtroom AV projects include the recently-completed Governor George Deukmejian Courthouse in Long Beach, Calif., which has a range of AV systems across its 31 courtrooms, judges’ chambers, jury rooms and offices. “Over the past 18 years, we have seen a fundamental transformation in AV technology from analog to digital,” said Sandler. “In the place of CRT displays and VGA cables, we are now seeing a full range of IT/IP-based components making their way into America’s courtrooms; including Crestron projection and control systems.”

The future of AV needs is being specified as we speak.

The Utah Judicial Facility Design Standards document was recently released on March 29, 2016 and included individual AV requirements throughout the document for all of the following areas:

Martin Gruen, deputy director of courtroom design and technology for the Center for Legal and Court Technology, says that, “The biggest change is that the courts do a great deal more videoconferencing and digital evidence presentation than in years past. Videoconferencing is not the science fiction it was years ago. The technology has improved and the costs have come down.” Gruen says that even a small courthouse can afford a LifeSize Passport videoconferencing system, a broadband connection, and a router. He adds, “The real question is: can you afford not to?”

Gruen adds, “Control systems are an absolute necessity, but the program must be a simple, intuitive design. They need one button control for devices like document cameras. Attorneys are not tech experts.” Perhaps a large barrier to more digital video adoption is the switch from analog to digital video and the issues it creates. “Changing the aspect ratio from 4:3 to 16:9 seems like an easy switch, but it sometimes alters the presentation of evidence like a hand print. The distorted image can have a psychological effect on the jury,” Gruen explains.

The General Services Administration (GSA) estimated in 2006 that there are approximately 2,158 federal courtrooms in the United States. That number doesn’t reflect the thousands of state and district courts that also rely on modern AV technology for their proceedings, nor does it reflect the thousands of judges, attorneys, and support staff who rely on AV everyday to do their job around the world.

If you have a judiciary facility that needs an audio visual assessment for cost efficiencies and better service to patrons, contact LightWerks Communication Systems.

LightWerks can design a custom Audio Visual solution to meet the needs of your judiciary facility. We specialize in interactive technology, cloud-based conferencing, and high quality audiovisual products to improve efficiency, increase collaboration, and enhance presentations in your courtroom.

Contact us at LightWerks today for more information on what we can do for you or your organization!