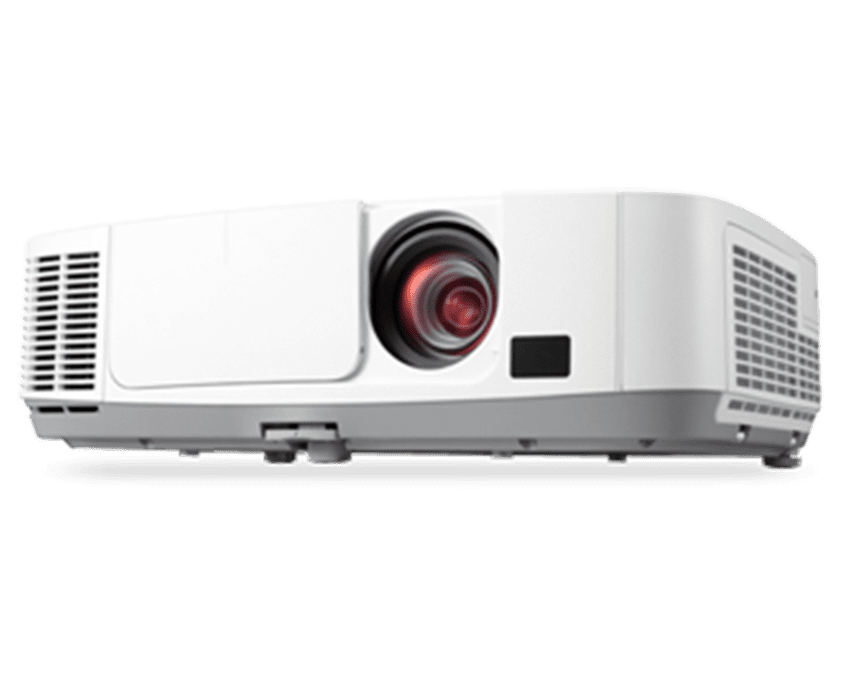 LightWerks provided design and integration, which also included a new control system and touch panels as well as video projector and screen improvements. A QSC Q-Sys Core 250i with four mic and three output cards located in the building’s central control room provides signal distribution. “We got a lot of help from our local representatives, Audio Geer. They are audio specialists so, particularly with a main room of this size, we brought them in to consult with us,” says John Hardman, an account executive at the company’s San Diego office.

“I suggested the QSC KLA system because it was a great solution for this project – the simplicity with which it could be installed, the lack of tuning that it needed once it was flown and the overall coverage were perfect for that room,” says Cromer. “The fact that the arrays were available in a white finish was another positive factor for the client. And, because KLA loudspeakers are incredibly power efficient, only two 20-amp AC circuits were required for the install.”

“The principal problem was that the main chapel in the church had old analog equipment that had been in there for 15 or 20 years,” Hardman continues. “We were replacing gigantic old speakers that had no real coverage. The whole thing needed to be upgraded and brought up to modern specs. It’s a large, hexagonal, very open structure with a very high ceiling, so we needed a speaker system with a wide spread that could be fairly easily directed.”

the building, which acts as an ecumenical and community center for military base personnel, LightWerks installed QSC AcousticDesign surface- and ceiling loudspeakers. “We installed a pair of white AD-S282H two-way, full-range, surface-mount speakers in the small chapel and six AD-CI52ST two-way, high-fidelity in-ceiling speakers in the overflow room,” adds Hardman. “A QSC ISA500Ti 70V amplifier powers the speakers in the overflow room while an ISA750 two-channel amp drives the system in the small chapel.”

LightWerks made a variety upgrades to the video systems, says Hardman, “We repurposed a couple of rear-screen video projectors that were in the main chapel, and installed new projectors and screens in the overflow room and the new chapel that have the new wide-screen formats.” Touch screens in each of the three rooms plus a main control panel enable easy preset operation of the installed AV systems. A digital mixing console and multiple DVD machines in the control room for AV recording and playback also feed the system.

Contact us at LightWerks today or fill in the form below for more information on what we can do for you or your organization!