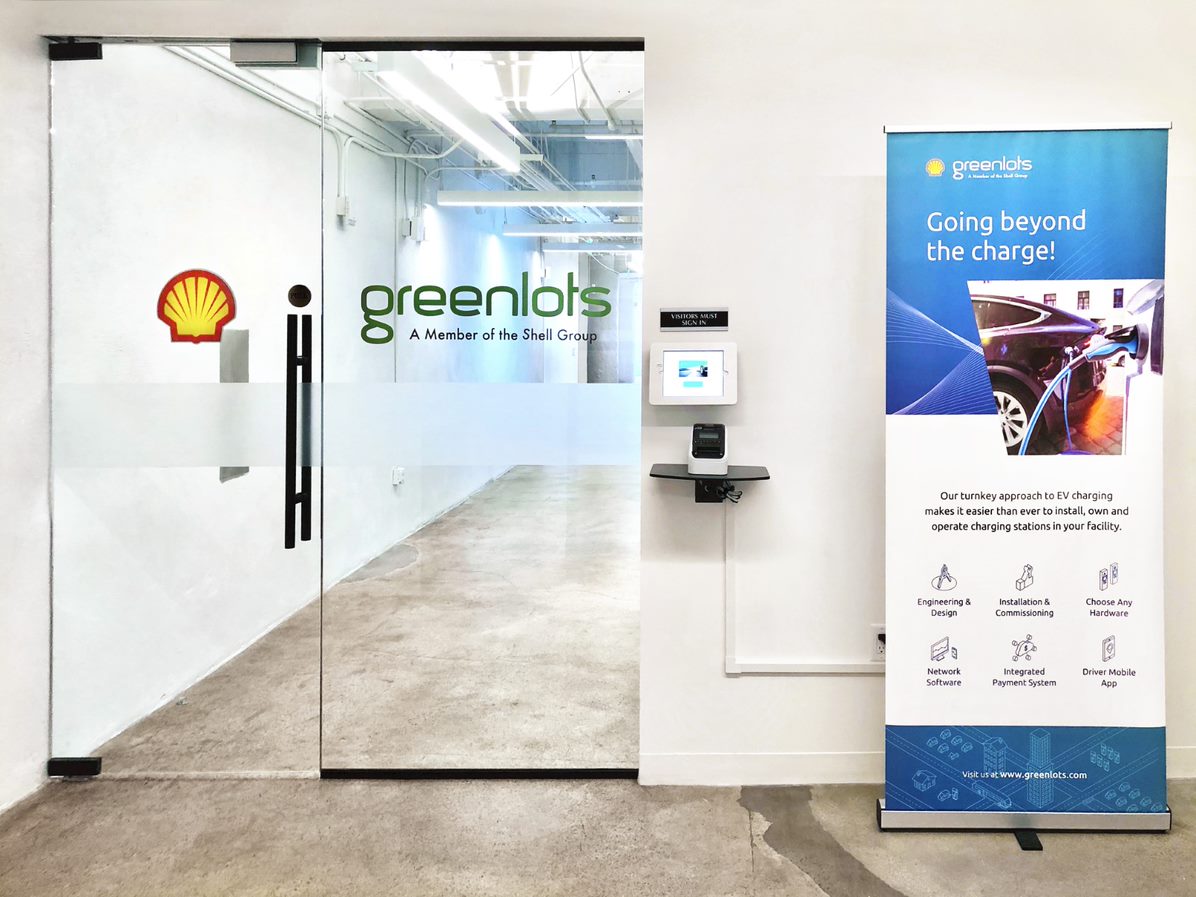 Aside from a few executive offices, Greenlots utilizes an open floor plan to organize its employees. The centralized, open space includes two areas in which LightWerks integrated video walls consisting of Samsung displays. Each video wall faces 25 employees, and is used as a visual data display. Charts and graphs representing technical statistics and information, related to their internal customer service, alternate across the video wall. An advanced Crestron distribution system allows Greenlots users to easily transition the spaces into Zoom Rooms. Through the tap of a touch panel, each video wall’s interface seamlessly transitions into a conferencing solution. The systems include hand held microphones by Shure, Biamp systems for processing, and Vaddio PTVs.

In addition to the two customer service video walls, LightWerks integrated an additional 2×2 Samsung video wall in Greenlots’ lobby area. This video wall displays Greenlots’ customer facing content, including a welcome message and an overview of the company. 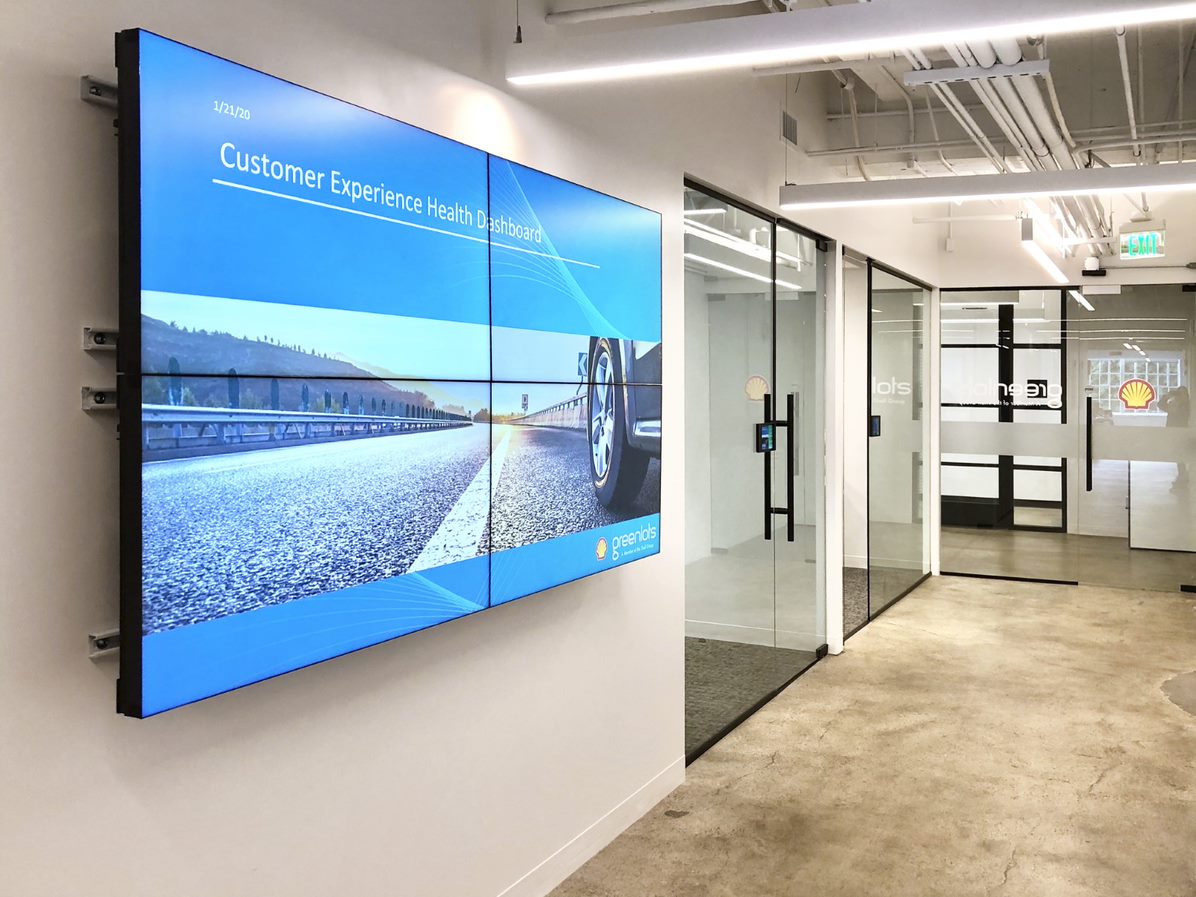 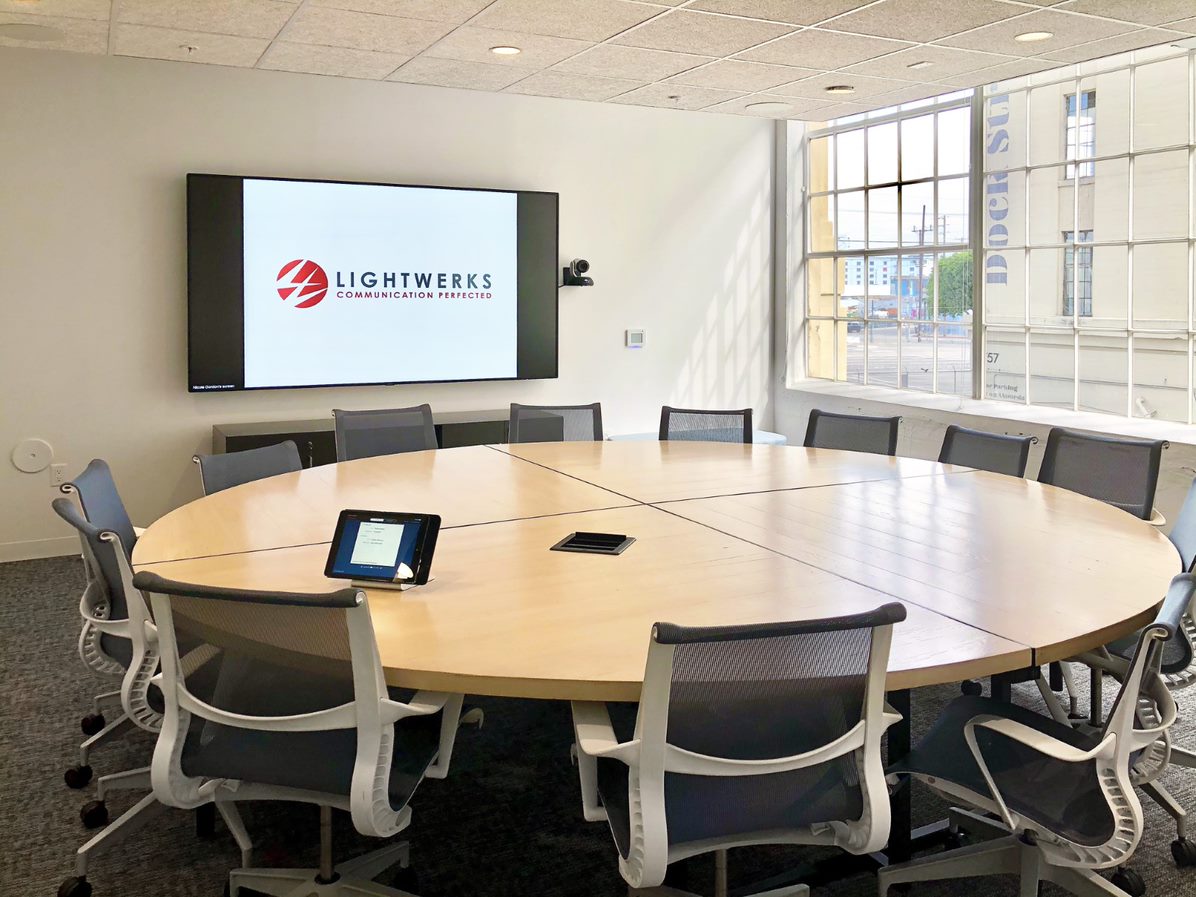 A 98 inch flat panel by NEC serves as the main display in Greenlots’ large conference room. The space, which serves as a Zoom Room, and is controlled by an iPad and includes a Shure ceiling array microphone to pick up room audio, Biamp audio processing, and a Vaddio PTV camera.

As with all LightWerks projects, preserving the integrity of our client’s style and vision is of paramount importance when creating a technology solution. In order to maintain Greenlots’ clean, sleek, and modern design, LightWerks housed all AV gear outside the Greenlots office in an IT space. LightWerks Communication Systems provides trustworthy products and installation services for thousands of AV products. Contact your local LightWerks office in Boise, Los Angeles, Portland, San Diego, or the San Francisco Bay today, or fill in below form!

Related Projects
About Us