LightWerks partnered with The Confederated Tribes of Grande Ronde to update the technology in their Council Room and Council Chambers.  The project involved updating their antiquated, analogue AV systems with state-of-the-art digital technology.

The rooms, which previously included only one monitor, made it difficult for council members at the roundtable to view content.  Additionally, the system included only one input.  This was limiting to council members who wished to bring their devices, as they were unable to share content in a dynamic way. The LightWerks solution involved replacing the Confederated Tribes of Grand Ronde’s pull-down projection screen and wheel-in projector with multiple Sony commercial grade 4K flat panel displays. In addition to the flat panels, an interactive touch monitor by Avocor was integrated into the Council Room. 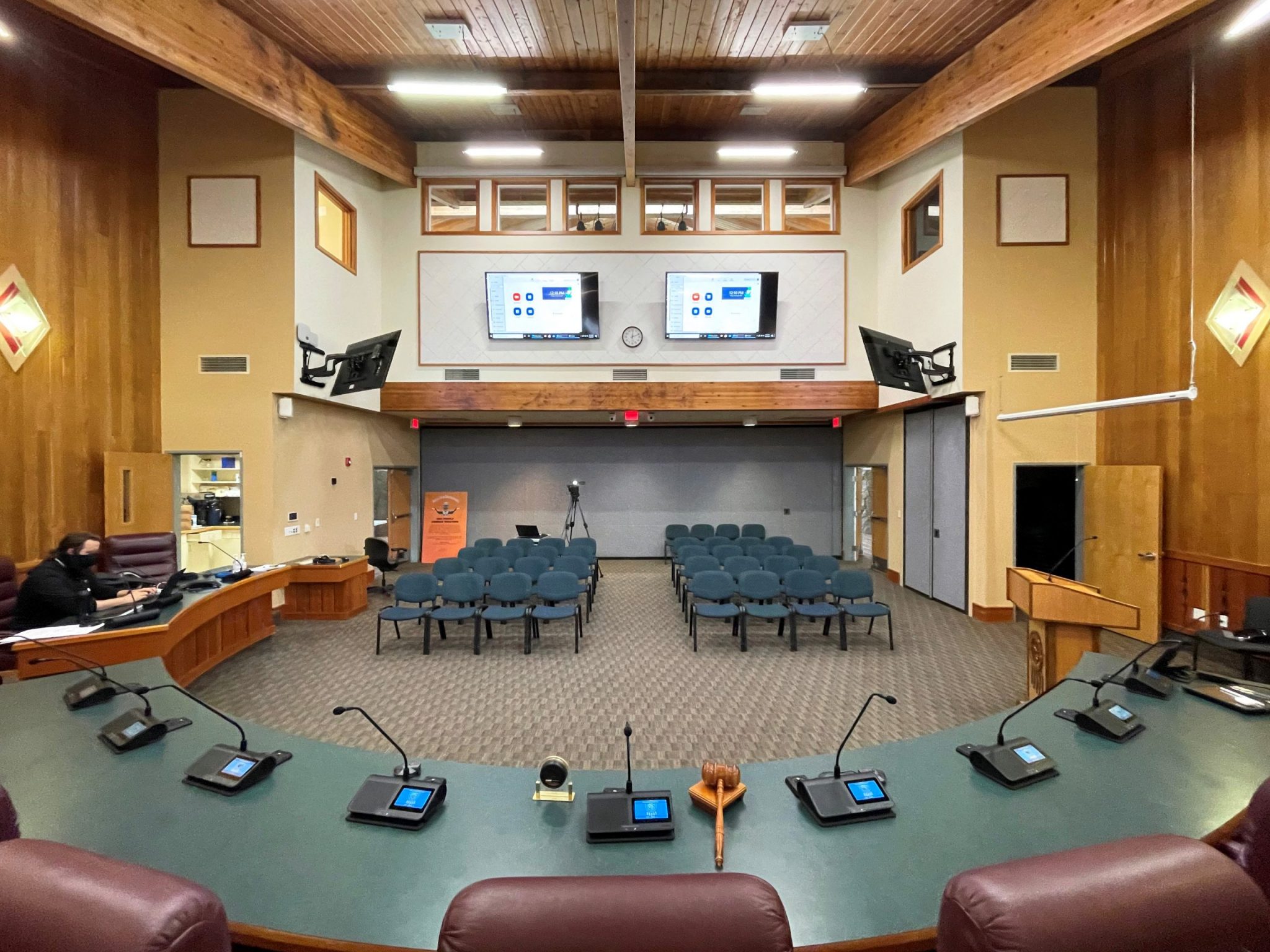 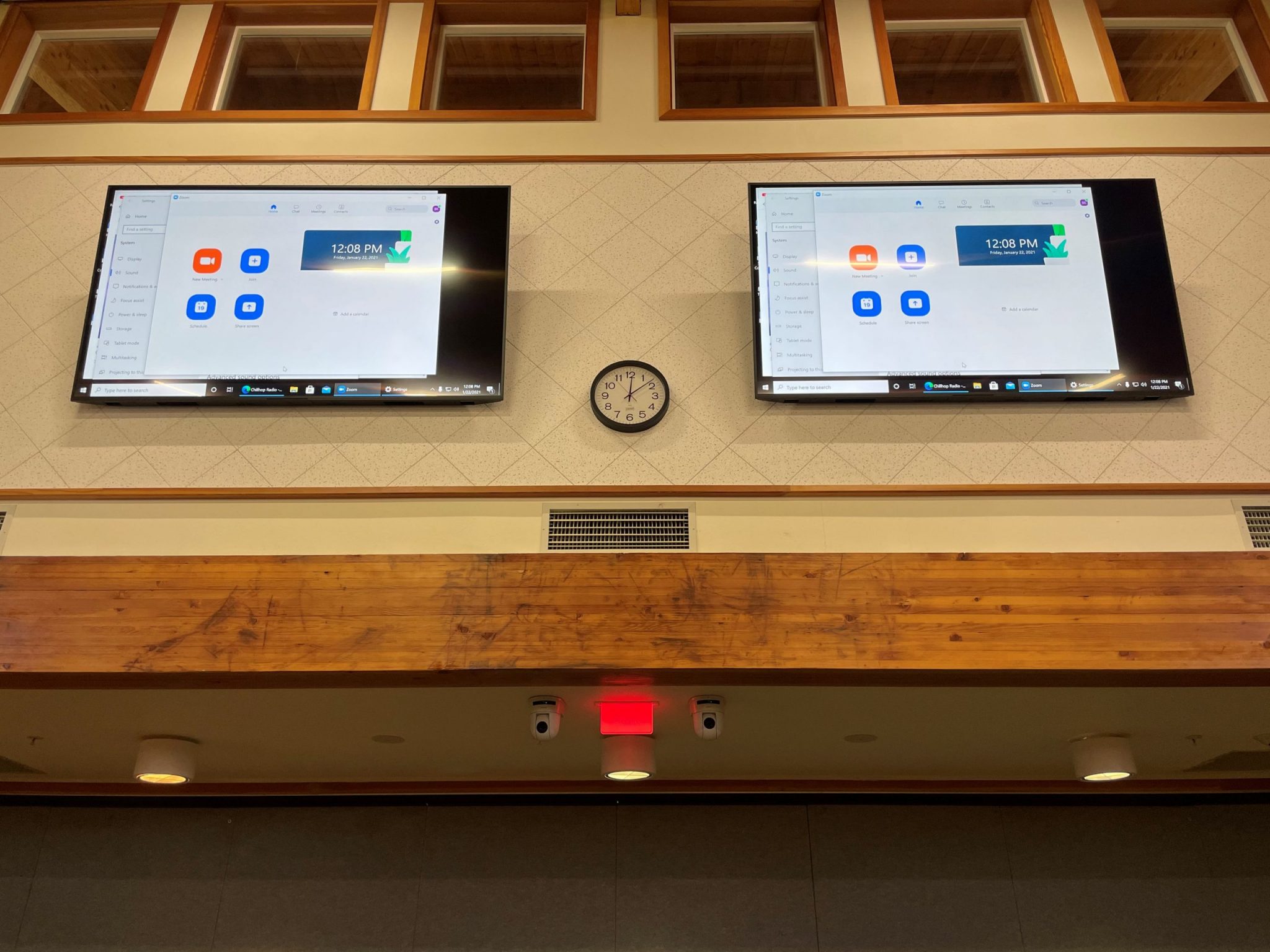 The COVID-19 pandemic created a need for The Confederated Tribes of Ronde to include options for remote connections during their meetings.  The previous system did not include a camera or microphone system.  In fact, meetings at CFR, which are required to be recorded, had been dependent on the involvement of a mobile video production unit and a tech to operate the technology.  LightWerks integrated Sony PTZ cameras, Shure wireless and handheld microphones, and Crestron touch control panels to make it simple and efficient for streaming and recording.   After integrating these new solutions, the AV tech who had previously needed to be on site could now remotely access the system for recording and operation through Crestron’s X Panel. 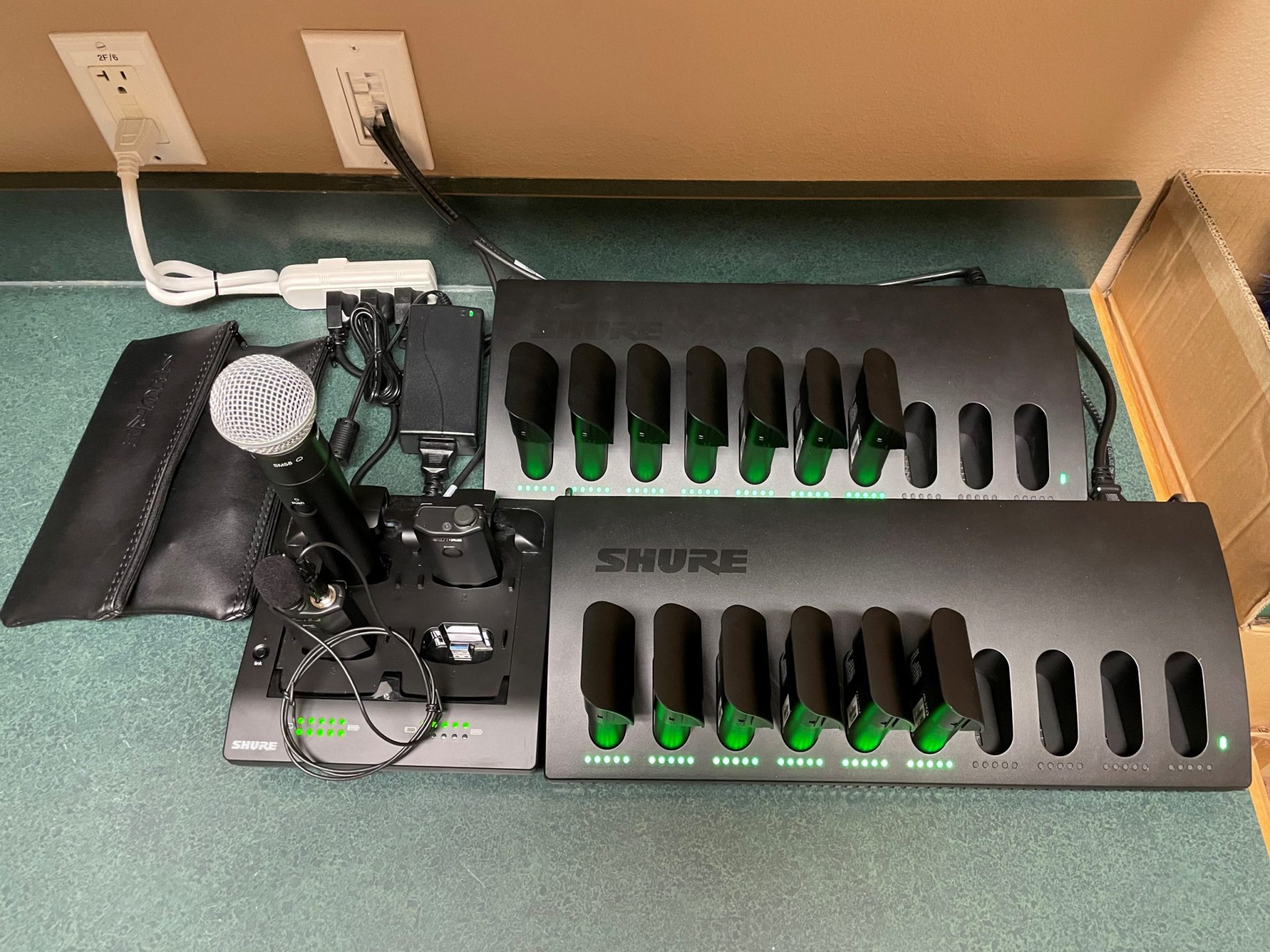 Acoustics in the Confederated Tribes of Ronde’s physical structure had previously posed a challenge due to the space’s architectural design. The council members had historically had difficulty hearing all that was communicated during meetings.  To resolve audio issues, LightWerks integrated Sonance directional ceiling speakers that cover the audience members and presenter. Additionally, every single council member now has a push-to-talk Shure microphone system. The 13 SHURE MXCW640 wireless microphones each have a built-in loudspeaker, microphone, and user controls for mute/unmute. Now members have audio right at their desk, in addition to the room audio. Audio in the space is processed through a BIAMP Tesira ServerIO and allows for VOIP and soft codec calling from the room microphones. 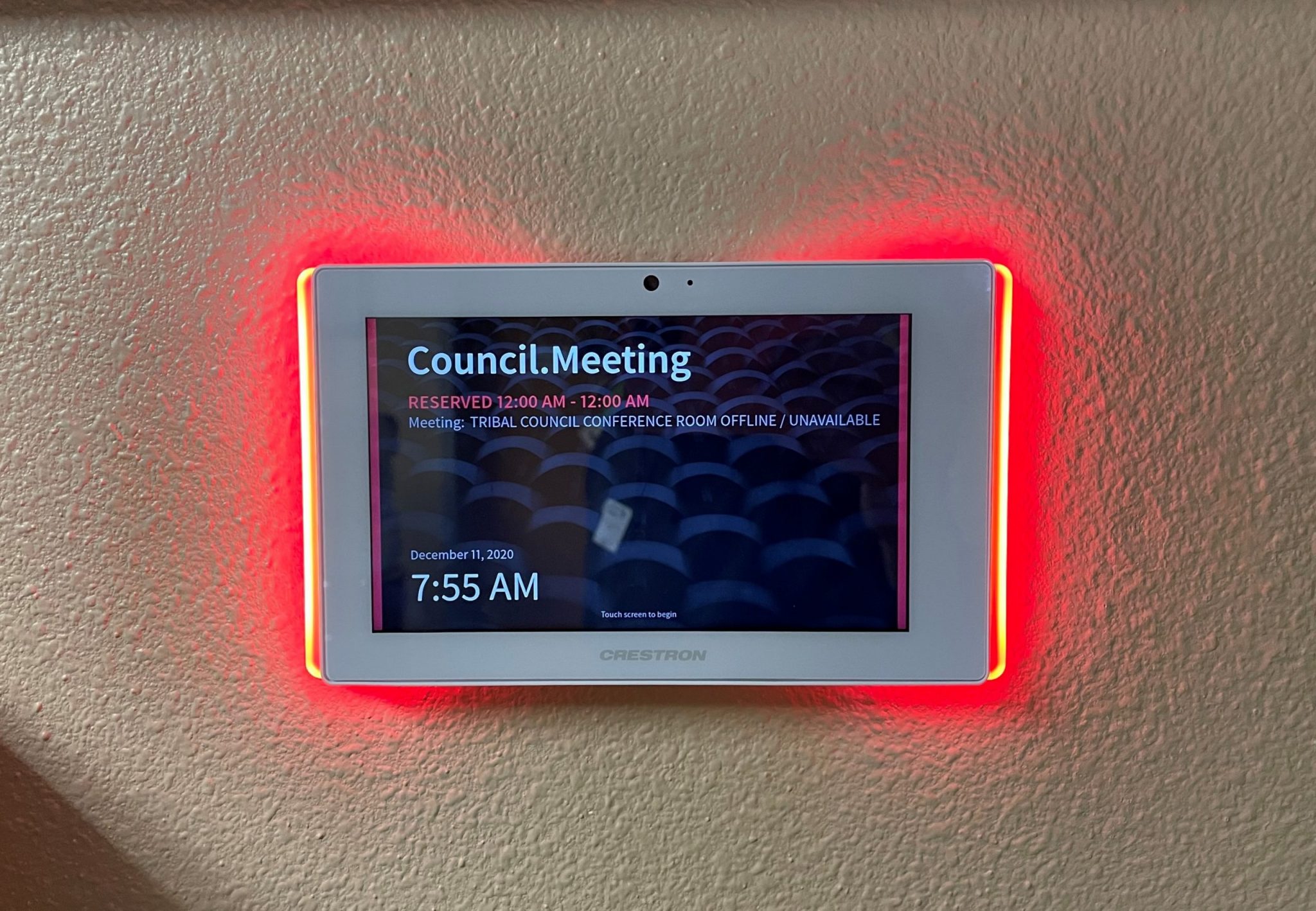 Aside from the technology integrated inside the CTR meeting spaces, LightWerks added Crestron scheduling panels to the AV system.  The panels make it simple to understand which rooms are occupied or reserved.  This digital approach replaced the pen and paper system that had previously been used to indicate room occupancy and scheduling.   Now the CDR has their meeting room schedules dynamically integrated into their Outlook calendars.  To add additional value to scheduling and agendas, LightWerks added digital signage powered Industry Weapon software to the area outside the Council Room.  The agendas for the day are displayed on a Sharp panel so that members can preview upcoming meetings.

Post-integration visits by the LightWerks team have revealed that the Council Room and Council Chambers spaces at the Confederated Tribes of Ronde are being on a regular basis for remote meetings.

Related Projects
About Us